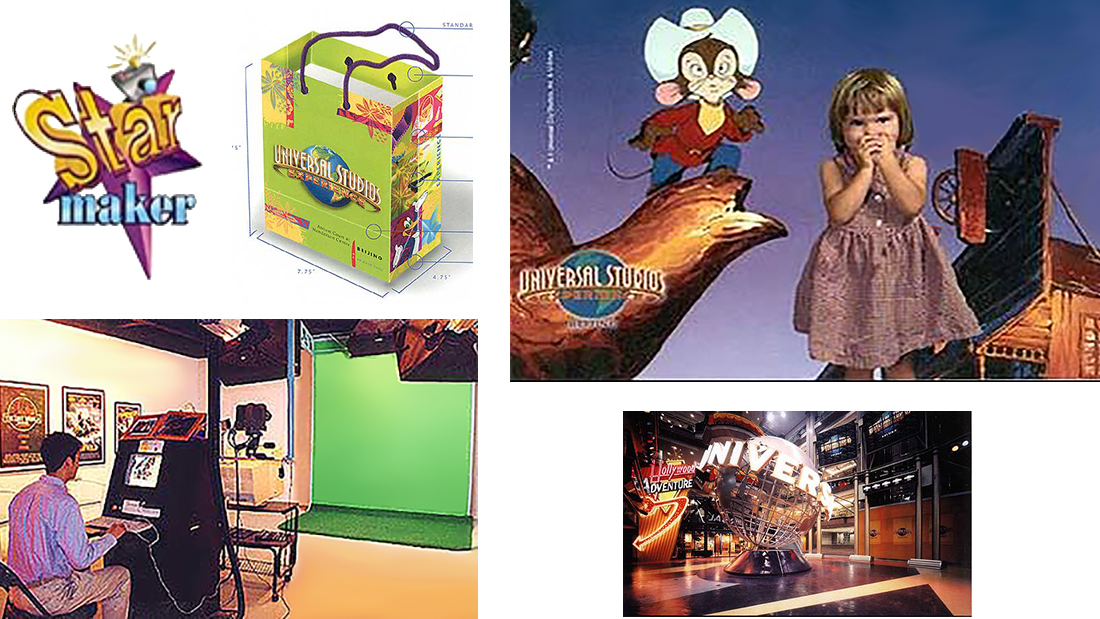 Henderson Land Development, in joint venture with Seagram / Universal Studios, Inc.  |  Created as part of the Universal Studios Experience in Beijing, the Starmaker store was designed and operated as a highly experiential image capture business.

Guests were offered a gallery of Universal Studios film, television, music, and video game imagery to pose within. The guest experience also included a Wardrobe Dept. for guests to get more into the spirit of their poses, as well as operator-cued special-effects and sound equipment to highlight the posing process.

A guest choosing a Jurassic Park scene to pose in, would hear the T-Rex roar just as their picture was captured – creating not only a more memorable pose but a more memorable experience while in the venue.