California firms Kokoro Exhibits and Adventure Entertainment (AEC) have formed a strategic partnership for the design-build-monetization and operation of immersive guest experiences. The alliances’ initial focus is on licensed activations and promotions with a slate of traveling and pop-up experiences in development. Kokoro provides nationwide experience operating a bevy of traveling animatronic exhibits in the museum and mall environment. The U.S. and China-based partners of AEC have a wide-ranging experience that includes shopping mall entertainment, fashion and other special events, theater (cinema) and casino construction, and film exhibition.

We have worked with AEC on several projects now, and we enjoy the close-knit collaboration in place ... we’re now pursuing a number of exciting new initiatives that we see as a logical next brand extension for Kokoro, 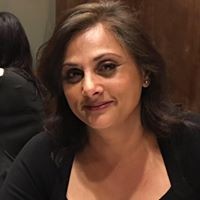 Kokoro Exhibits has started to move beyond its museum client base, to first exhibit installations in mall settings such as its recent “on location” pop-up exhibit at Northbrook Mall (a GGP – General Growth Properties shopping center) in suburban Chicago.

Woodland Hills-based Kokoro Exhibits LLC (www.kokoroexhibits.com) has operated the world’s foremost collection of museum-quality animatronic exhibits for more than 30 years. Kokoro is led by chief executive and owner, Sukeshi (Casey) O’Neal. Sukeshi is well known in the museum and science center industry where she serves as an advisor to numerous industry organizations. In addition to her leadership role with Kokoro, Sukeshi is a principal with Bridge Ventures, a private equity firm that owns a portfolio of companies and real estate assets. She is also an active board member of the National Boy Scouts of America Museum and numerous other organizations.

Adventure Entertainment (“AEC”) (www.aeccreative.com) is a feasibility, concepting, and program management company, an owned affiliate of advisory firm StoneCreek Partners (“SCP”). AEC is led by Donald Bredberg and PRC-based partners Clement So and Anthony Ching. Donald’s experience includes projects such as the Zone at Glendale Galleria, the house show program at Fashion Show Mall Las Vegas, and Park City Film Studios. Prior to his roles with AEC/SCP, Donald led Universal Studios’ global location-based entertainment program; was the senior officer for investments / development for the family office of the Al Ibrahim Bros. (Riyadh and Jeddah based), a US $2.0 BN+ portfolio; and, he led financial strategic financial planning at The Irvine Company shortly before and after its buy-out by Donald Bren.