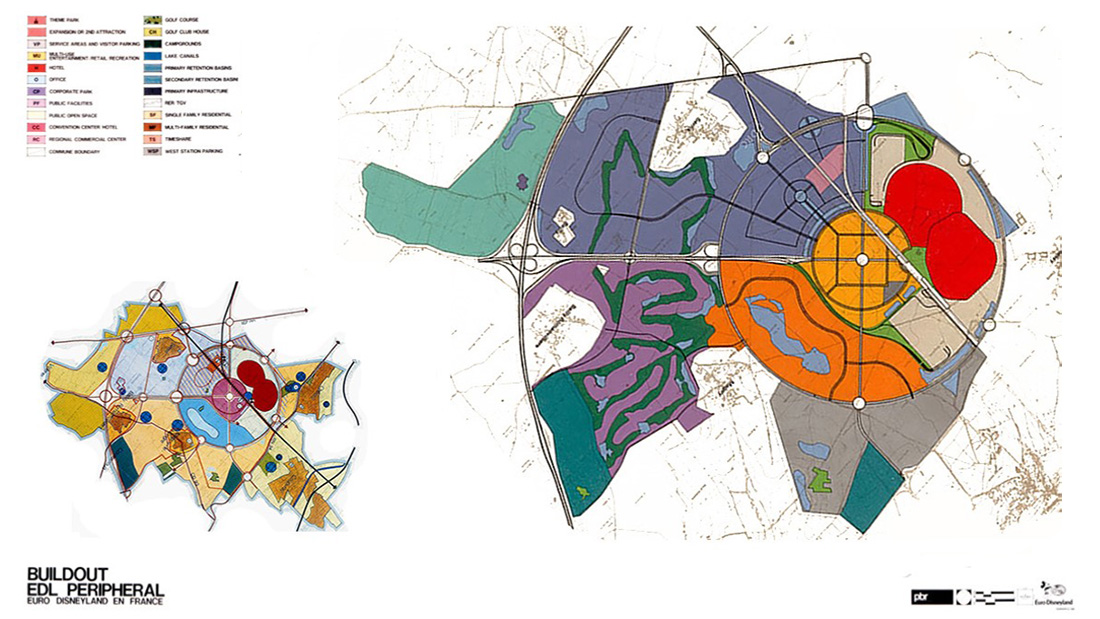 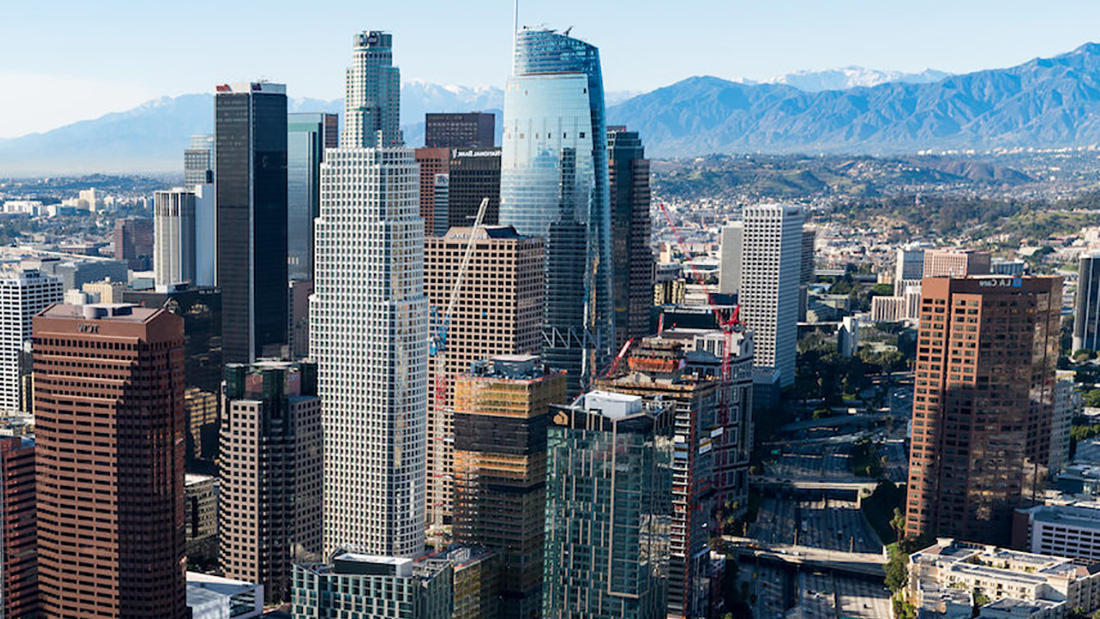 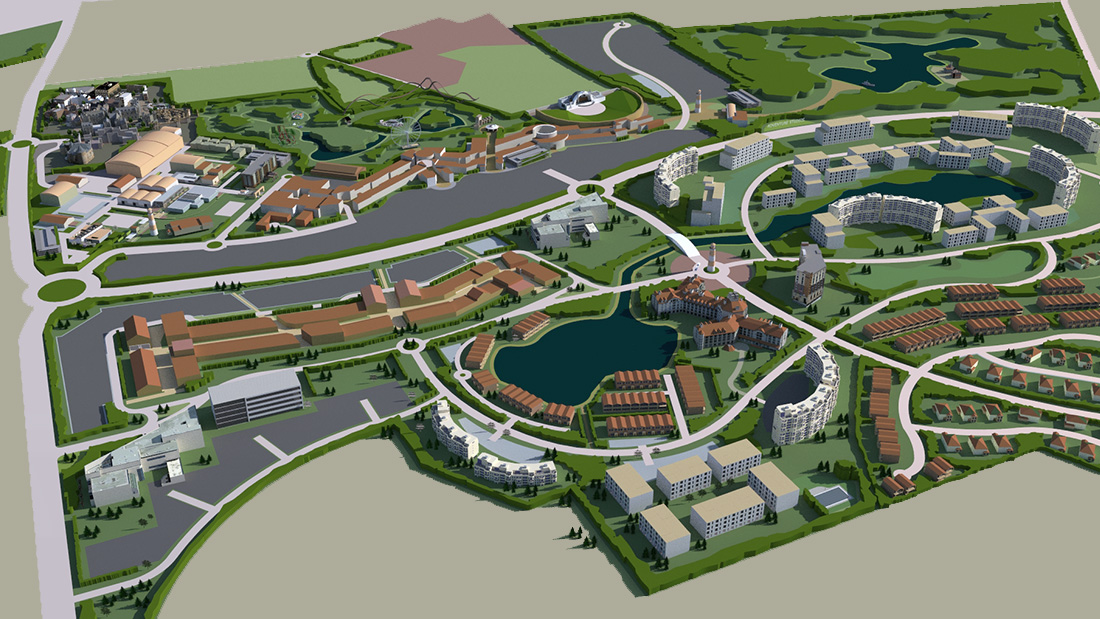 aec   Explore Entertainment, SARL  |  Massing study for new film studio campus, explored on a rapid prototyping basis.   Focus of effort was the creation of a digital hub at the heart of the limited footprint studio campus, with digital facilities capable of music, film, television, electronic game, and other digital projects.  The visitor component of the master plan included AEC’s first placement of its “adventure gardens” concept. 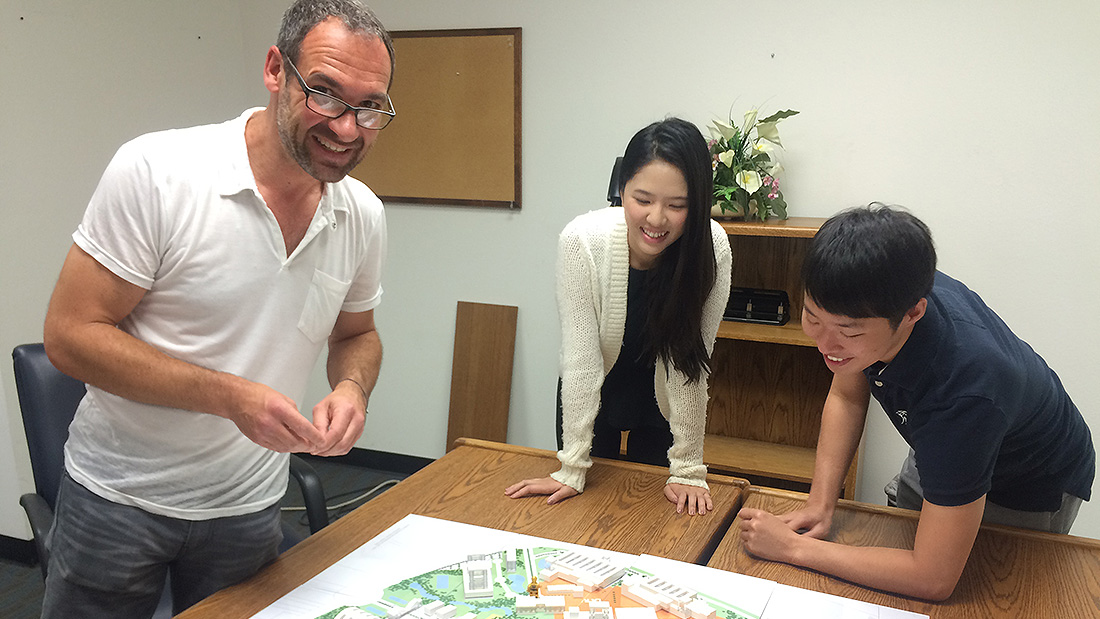 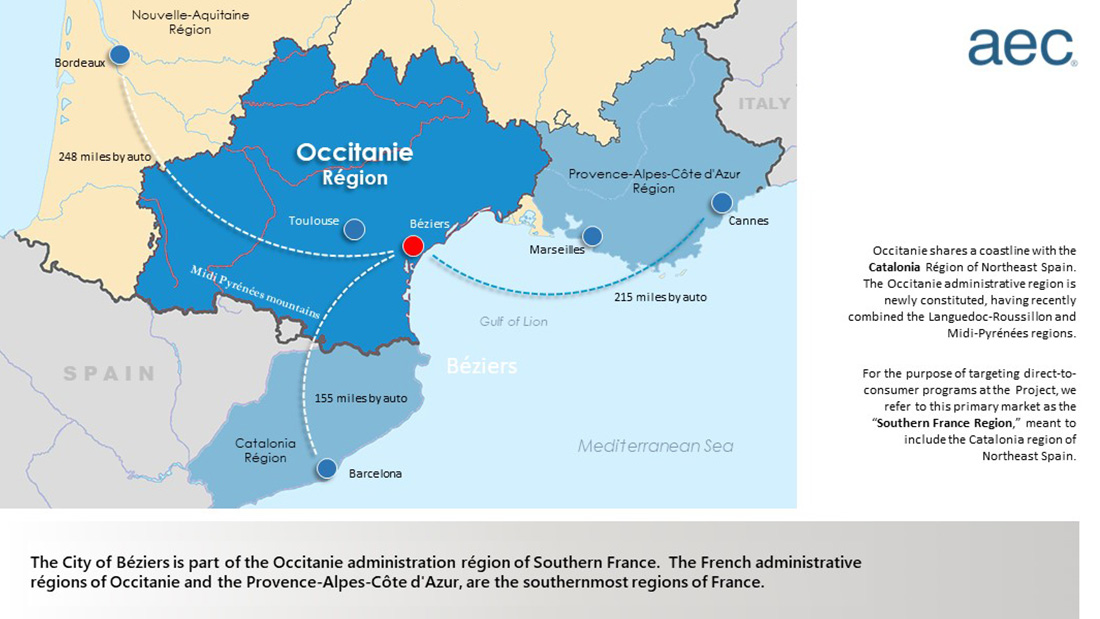 Film studio project feasibility study, for a mixed-use film studio creative campus, backlot, and attractions park proposed for a 247-acre location in the Occitanie region of Southern France.  The French administrative régions of Occitanie and the Provence-Alpes-Côte d’Azur, are the southernmost regions of France.

The project, to be specifically located in the town of Béziers, is a place typical of the communities in the “South of France,”
existing with a sense of history, culture, landscape beauty, and a relaxed lifestyle.  The Project site is situated in area well known to the world’s wine lovers, as the Languedoc-Roussillon region of Southern France. Vineyards and wineries, are situated in all directions of the surrounding area.

As land development consultants our work included an evaluation of entitlements and permitting, as well as access, infrastructure, and utilities that would service the project over several phases of development.  This combined Mediterranean Region is well-connected by high-speed rail, automobile, and air service, further enhancing this project’s film studio project feasibility.

Some years ago the the town of Béziers has acquired and reserved the land for this project, for other potential economic development including a theme park proposal.  These prior efforts of the town somewhat eased difficulties with local community acceptance of this large film studio development project.

Our film studio project feasibility study focused on the differing market support factors in this mixed-use development.   The film studio campus and associated digital creative hub, is a BtoB business, while the attractions park is a direct-to-consumer operation (“DtoC”).   For the BtoB business, France maintains attractive film production incentives, a significant aspect of film studio project feasibility.  The film industry is important to France, in terms of the country’s film history and cultural importance, as well as the film industry’s role in the French economy.

The DtoC activities envisioned for the project are particularly intriguing given the potential market from Spain – the Occitanie region shares a coastline with the Catalonia Région of Northeast Spain.   Where mixed-use facilities can be part of a film Studio’s project feasibility, there is a substantial potential for risk mitigation in what is otherwise a risky kind of business.

The region is already home to a myriad of tourism destinations, such as La Cité at Carcassonne.   With more than 4 million visitors each year, La Cité at Carcassonne is among the most prestigious tourist destinations in France, on a par with Mont-Saint-Michel and Paris’ Notre-Dame.  A UNESCO World Heritage Site since 1997, Carcassonne is a dramatic representation of medieval architecture perched on a rocky spur that towers above the River Aude, southeast of the new town. 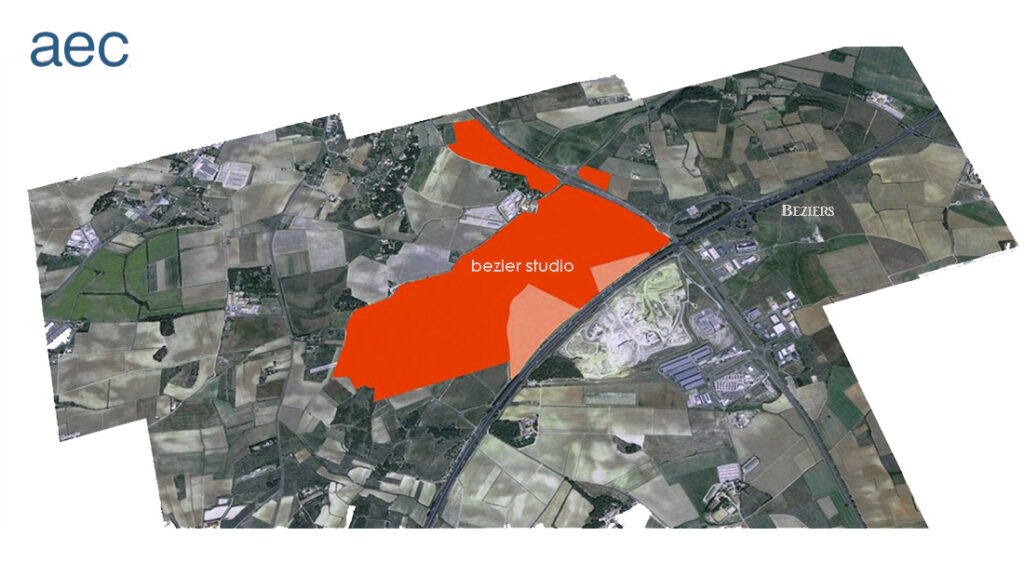