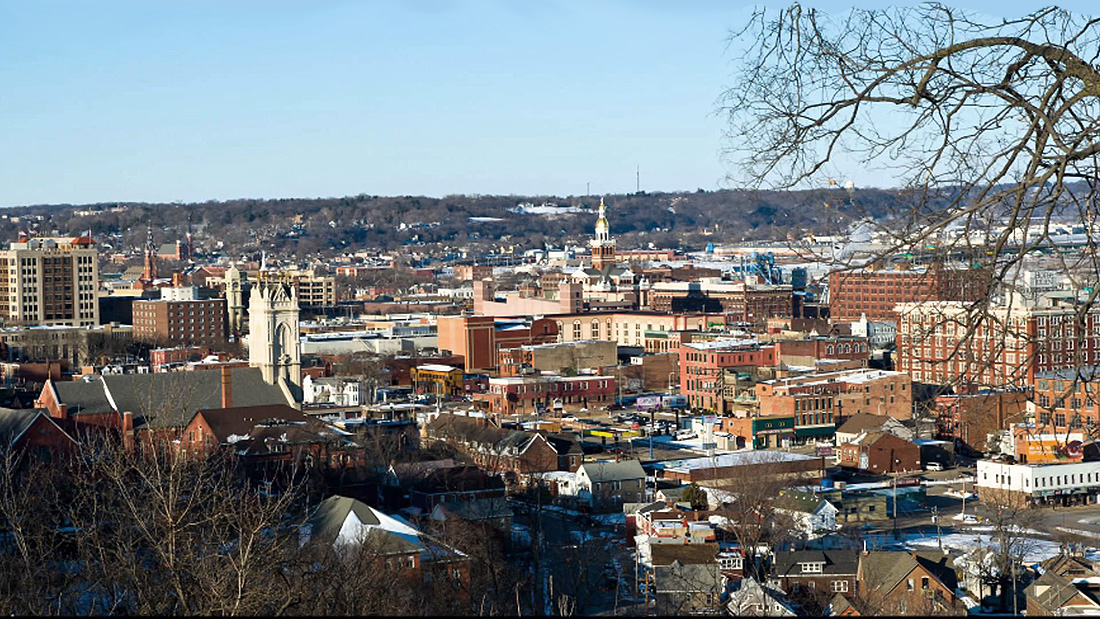 At the time Dubuque’s waterfront featured the Ice Harbor, where the Diamond Jo Casino and William M. Black were based. Recently the National Mississippi River Museum and Aquarium, the Grand Harbor Hotel and Waterpark, and the Grand River Events Center have been built just north of the Ice Harbor. Land for this project was acquired from several businesses through condemnation of their properties under eminent domain.